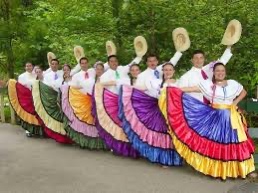 Guanacaste is a province of Costa Rica, is located in the northwest corner of the country. Nicaragua is to the north and to the west it is surrounded by the Pacific Ocean. It is the second largest province in the country. Liberia, former cowboy town, is the current capital of Guanacaste. This city is called the “White City” for its whitewashed walls and colonial architecture. If the style of the Wild West catches your eye, you can visit its ranches located on the outskirts of Liberia.

The word ‘guanacaste’ comes from Nahuatl which means “tree with ears” (quauh, tree; nacaztli, ear), 3 in reference to the shape of the fruit of this tree, was given by the indigenous Chorogeta during the pre-Columbian era. During this time, almost all the territory that comprised the province was part of the Kingdom of Nicoya. After the Spanish conquest, the Mayor’s Office of Nicoya was formed, with capital in that city. In 1769 a hermitage was erected towards the north of Nicoya, around which a village that received the name of Guanacaste (now Liberia) grew.

Since Guanacaste comprises the entire northwestern part of Costa Rica, it is unquestionable that the most beautiful beaches in the country belong to this province. On the one hand we can talk about the beach of Tamarindo, which enjoys a sunny climate almost all year round, and gives rise to the practice of many and varied water and nature sports such as surfing, quad tour, diving, zip line , horseback riding, hiking and much more.

Guanacaste is one of the best known provinces of Costa Rica thanks to its virgin beaches, the practice of sports such as surfing and diving and its majestic nature comprised of volcanoes and beautiful mountains. In the province is the Guanacaste Conservation Area (ACG), which is a World Heritage Site declared by Unesco in 1999. Some famous parks are found there like the Santa Rosa National Park, the Guanacaste National Park and the Rincon de la Vieja National Park, covering 1470 km² of protected areas. In Guanacaste you can also find the Palo Verde and Barra Honda national parks. It has one of the few blue areas in the world, on the Nicoya Peninsula.

The National Park of Santa Rosa, is one of the first national parks in the country, if you are a lover of nature and adventure you can go camping and surprise yourself with the dense forests and beautiful white sand beaches. The Rincon de la Vieja National Park occupies 34,800 hectares and covers six wildlife areas, this park is a must-see that you cannot miss in this region.

You can find imposing active volcanoes and movie waterfalls, nature-loving travelers will be amazed by its landscape and its fauna and flora. In the park you will find mountains of cloud forests and endless ecosystems. Among its diverse fauna, pumas, jaguars, sloths and tapirs can be highlighted.